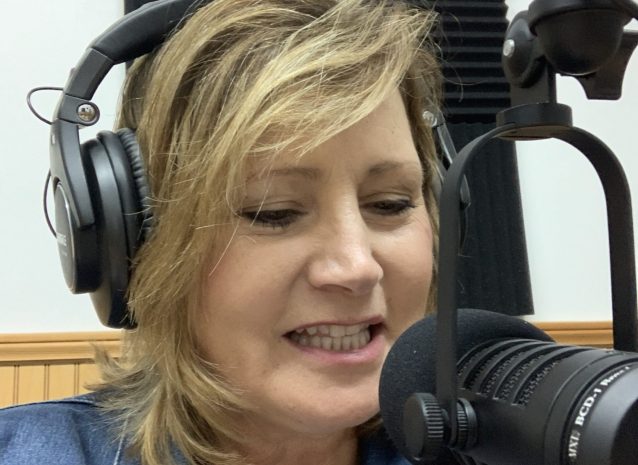 Cathy’s story is about a moment during the writing of her book manuscript that brought her to tears. She knew humilty and transparency were necessary in order to encourage others.

As far as writing the book Northern Lights and telling the story, there were some big hurdles to cross. One of the problems I had, was that I didn’t know the project that I had convinced my family and friends to join me in was going to be worthy of a book and movie. I was fortunate to have both a deal with a movie producer and a publishing company for the book! 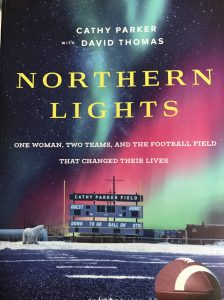 This book was published 10 years after the turf field was finished in Barrow, Alaska 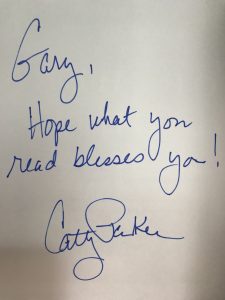 Being a first-time author, I wanted to make sure I had someone come along side me with a lot of success. I decided on David Thomas, a fellow Christian, sports enthusiast and all around great guy. I flew him down to Florida and we just really worked well together spending hours each day for a week. I literally gave him every bit of notes I had taken while doing the project that was the focus of the book. I didn’t know how other people do it when writing a book, but it was something the Lord gave to me to do and so I wanted it to be excellent. David took all of my emails, all my manuscripts and hours of interviews and turned it into well flowing story. I’d then proof it and we kept this up in order to finally get the first manuscript finished. This took many, many weeks. Again, it was all new for me. I kept asking Dave if he thought it was good. He said, “yes” which made me feel better. After we gave it to the publisher, they sent it back with half the book that was redlined. I asked Dave if this has ever happened to him before with a manuscript and he said it hadn’t. I was asked a question by the publisher in regards to the manuscript (a manuscript that I thought was about the project) which totally caught me off-guard. This would turn out to be one of those big Check Your Game moments in my life! They asked me, “How could you have such Faith for something this big (purchase the book to find out what it was)?  They said they wanted to hear more about that story.” I knew what they were talking about but was afraid to speak about it. I had plenty of journals, notes and memories of what they wanted, but I didn’t want to tell that story. I cried and cried and cried. I prayed, Lord, you need to help me. Your life is not your own are the words that came to mind….a total surrender! But if I was going to go down this path, then my husband would have to be a part of this too. 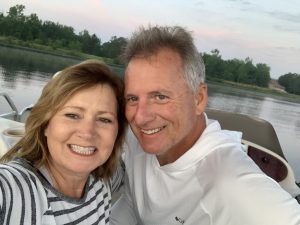 I went to Carl and said that I needed to dig in deeper with our marriage and put that part in the book. Though I had it in notes only, I went to Carl with it and he said, “you know Cathy, this is going to help lots of people.” I read the notes I had to Carl and sobbed! What are our friends going to think? What will our children going to think about what I was about to share? That made me feel uneasy, but I figured if it’s okay with the two of us and the Lord told us to do it, then we’ll pray that the Lord works it out with everyone! So, we went forward with it. It was hard. It was hard! I call it exposure. It was exposing the good and the bad, but there were some great rewards. Before a show or interview, multiple people would say to me that they were encouraged by the personal story or they were going through something similar in which I shared and this was so encouraging to others. I realized that what I thought would be most encouraging wasn’t. What encouraged people most, was when I allowed the exposure in my life and dug in deeper to see how I was able to have Faith to move a mountain. 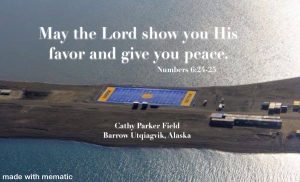 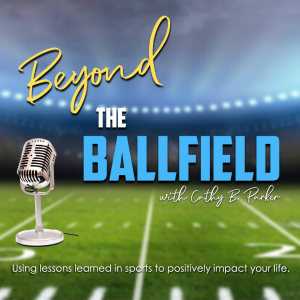 Cathy’s information, blog, book and podcast can be found at www.beyondtheballfield.com

It's a privilege to share your story. To see and hear from people who have been encouraged because I stepped out and shared my story, makes it all worth it. My advice to others: share your story so you too can encourage others.

Cathy, thank-you so much for sharing your story with us. You had an amazing opportunity with your book deal but can understand how you felt when you knew that you needed to be more transparent. Why was your Faith so strong was the question that caused you grief. Sometimes we have to dig deep, be humble and more transparent in life in order to encourage others and you made the decision along with Carl to do just that and to share! I'm so glad you shared this and also VERY encouraged after reading your book. One thing after another helped you to deepen your Faith and those experiences were not just for you, but for others to be encouraged as well, including myself. I look forward to sharing your story, your book and can't wait to see the movie. Thanks again, Gary.

Thank you Cathy for sharing your story. You are an inspiration to many people already. I applaud you for becoming very open and transparent in your life journey.
Also, I loved what you had to say on Gary’s Checkyourgame site. It has peaked my interest to want to read your book. 👍
From Gary’s opinion; I understand your book is quite amazing and a great read.
May God bless you for what’s next. 🌿.
👏 Jean Rogers