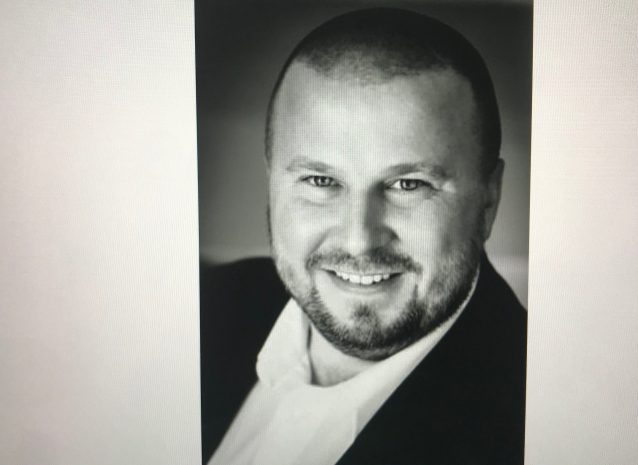 In Clayton’s story, find out about how his Faith in God led him to create and own the 2nd largest networking organization in the country after losing almost everything.

It’s the end of July, 2006, I was married to my ex wife at the time. I had recently shut down my landscaping company, lost 8 houses to the bank, and both my trucks. I had just gotten a new job in the “real estate flipping” business. In this new job, I would receive a decent hourly rate and get paid weekly. It seemed like things were going to be looking up. I had this good job, the marriage was rocky and unpredictable, and I had two little girls (7 and 2). I went into the weekend with high-hopes. That Saturday night I learned that the girls and I needed to move out. I packed the girls stuff, took what I could for me, and moved out. We moved into our own apartment and worked to create a new life on our own. 3 months later, I lost my job, had to pay my ex child support to watch my kids while I was at work, and I had to figure out how I would pay our rent in December. Christmas was around the corner. December 1st, I began working with 2 other guys flipping our own houses but I was clearly under a deadline. Fortunately I knew my landlords very well and they were understanding. I needed money to feed the kids, diapers, and gas to sell those houses! I asked one of the partners to borrow some money. He told me that if I could get a house under contract to sell and get it under contract to resell, he would lend me a little money. I took the deal. We found a house that week, negotiated a great deal. We got the house under contract for $30,000 less than the MLS listing. Per the contract with the sellers, we had to close in 15 days for cash. I needed some money. I called every investor/realtor I knew and sold the house in 4 days for the MLS listing price. My partner gave me enough money to last till we closed. I made $7,000 on the deal which got all my bills paid up and plenty of money to last till the next deal. God sure was good.

No matter how hard life hits you, don't quit. In that moment of time I described, I learned what I was truly capable of. You wouldn't believe what happened shortly after this story but eventually it got better. I also learned that you are not defined by what happens to you, you are defined by how you respond to what happens to you. I define myself as a grinder and a hustler. I expect obstacles to happen these days and I also have faith that I will get through them. I now own the second largest networking organization in the country that I built blindly on faith that God would lead me where I am going. Not sure where I am going, but I'm sure I will get there.

Clayton, wow! What a moment in time when everything seemed to be crashing down on you in a hurry. Your family was slowly breaking apart, your work was breaking apart and money wasn't just for pleasure, but was needed for food, shelter and survival! It almost sounds as if you were hitting a rock bottom moment during this time of life. It's during these times when you can either lay down and quit altogether or fight back. You fought back! You examined the situation of your life, saw what you needed to do and took action and made it happen and that's what Check Your Game is all about. I'm so glad you fought back so that your story can give others hope that they too can overcome like you did. And lastly, it's exciting to hear about your faith you had with God and how He would help direct you in life. I'm glad that I've gotten to know you while in Cincinnati as well as had the opportunity to visit one of your networking groups. It was really neat being there and I know you'll continue to impact the lives of others. Gary Rogers

What a beautiful story! I’m so happy that your life turned around for the better! Winston Churchill once said “If you’re going through hell, KEEP GOING” and indeed YOU did. Yes, God was there by your side but it was only YOU who turned it around! You never gave up, you kept going and you made it happen! What an inspiration! You make me want to start my own house flipping business 😉 Thank you for sharing your story and inspiring me to keep going and to never be afraid to TAKE RISKS!!!