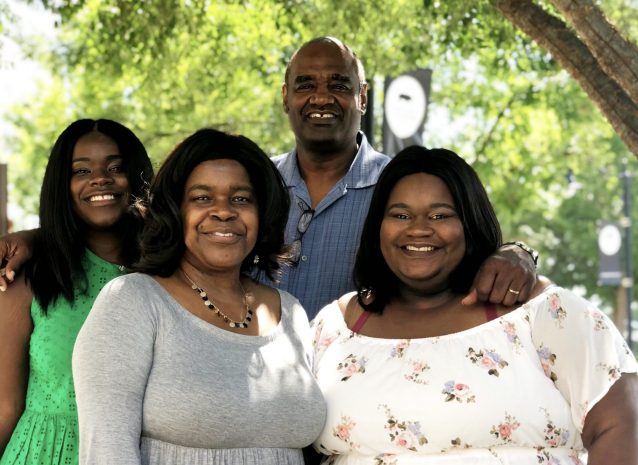 Franky got some much needed advice from his Mom while playing professional football (NFL, CFL, USFL) that would change him forever. Are you TIRED of trying to go though life on your own? If so, then this story is for you!

Dealing with rejection once I got out of college is what I had to overcome. I was used to being the All American in college where everyone tells you how good you are, and everyone looked up to you as being a great athlete on campus. That all changed once I was drafted into the NFL by the Denver Broncos. I made the team, but what I did in college wasn’t gonna cut it anymore!  I went from being all world in college to being released by the Broncos during my second year. For the first time, I had to deal with rejection which was something I wasn’t good at dealing with. I must have cried the rest of the night wondering why would they not put me on the final roster. 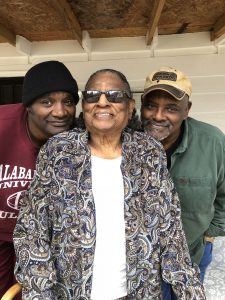 My mother was the only person I knew I could talk to and so I called.  As soon as she heard me speak, she just knew something was wrong from the weak sound in my voice. She said, “son what’s bothering you?” I told her that the team just released me and I wasn’t sure what I was going to do. She gave me a quick answer to pray and that God will see me through. We talked a little while longer and after hanging up, even though I realized I didn’t have much of a relationship with Christ or know how to talk to God, I would still do it the best way I knew how. 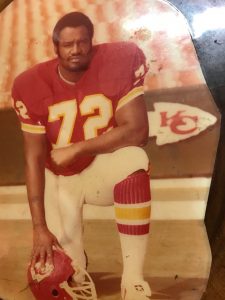 Thanks to my Mom, I found out that God does answer prayers. It doesn’t have to be fancy or long, but God knew I was sincere and just a month later after working at a health club in Denver, I got a call from the Kansas City Chiefs to come to camp for the 1980 season.  I told Jesus thank-you, then got on the phone to call my Mom. I told my Mom that she was right and that turning to God was the answer. During camp, I was slated as 5th on the depth chart, but made the starting lineup when the season started. In my first game of the season, l blew my ankle out and by the 4th game, I never made it back. I was released at the end of the season which felt like someone was punching me in the stomach, but I remember what my mom taught me about God. I was told to pray and that’s what I did. 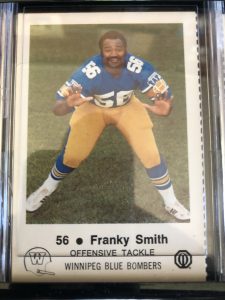 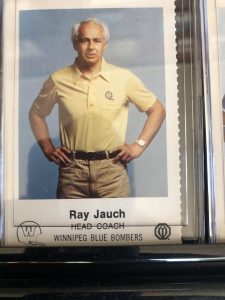 A few weeks later, the Winnipeg Blue Bombers who had my rights, gave me a call to play for their team coached by Ray Jauch. I still wanted to play football and knew this is where God wanted me to be. I spent 3 great seasons in Winnipeg until Coach Jauch took a job in the USFL with the Washington Federals. My new coach, Cal Murphy, asked me to go to his office and told me he had to let me go. Yes, I cried again because I loved Winnipeg as well as my teammates too. I said my goodbyes and prayed all the way back to Alabama. 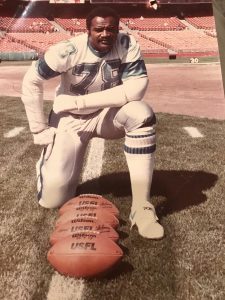 In the meantime, The New Orleans Breakers who had my rights in the USFL, allowed me another chance to play for them after leaving Winnipeg. Coach Dick Corey was my new head coach and I loved playing for him, but after one season with the breakers, the team moved to Portland and I never made it there because I was released after camp. This football business is starting to sound like a broken record and wasn’t easy at all, but I knew now who to go to for help. I said Lord, I want to play this game again if it’s in your will and asked if He would allow me to play for the Birmingham Stallions. I had not talked to anyone in the organization. I was just praying and receiving the fact that I would play with the Stallions. In Hebrews 11:1 it says, “Now faith is confidence in what we hope for and assurance about what we do not see.” Fast forward 2 weeks later, I got a call from the Stallions to come in and do a workout for them. I said to God that He did it again and played for the Stallions until the league folded in 1986. 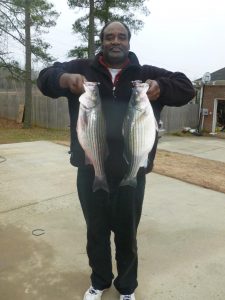 Rejection is a part of life and I finally realized that I wasn't strong enough to overcome it on my own. Even though you may think that you're able to, I suggest putting God in the mix and praying for help. God kept allowing doors to be opened and I believe his favor was on my life and all I went through with in football, both in the good and the bad. I realize now that God was preparing me for life after football and yes, I still am praying because it works! Before you give up on anything, especially when it gets tough, I dare you to try God like I did.

Franky, thank you so much for sharing a lot of what took place in your life as a professional football player. I understand that rat race and it can be so frustrating as there are so many variable that can happen which can help you make the team or get you cut! How do athlete's and others do it on their own? What I loved about your story and one of those "Check Your Game" moments is when you accepted your Mom's guidance and "Dared" God for help and took action! I was in a similar situation when I was still playing and at age 27, I too took the advice of your Moms and was "Dared" to try God in my life too! I wouldn't trade it for the World! Thanks again for sharing such a story where ALL PEOPLE can be encouraged to try doing life a different way, especially when we try following paths that always lead to a dead end.

Great article!! I will share with my dad Ray Jauch.

Great story Coach, you have set a standard for me in my life, because of your walk and your faith. You gave me a different understanding of the game and the power of what God can do. Now I use the game as my pulpit and it has become a ministry of who God is to young men that I have been blessed to touch. Thanks for sharing your story. Thanks Coach

Thank you Franky for sharing how you overcame the feeling of neglect. The advice you received from your mother was the key. Pray. Praying is so simple but spoken to the one who holds so much power. So, I concur that praying is the answer to overcoming all obstacles. Thank you for sharing.