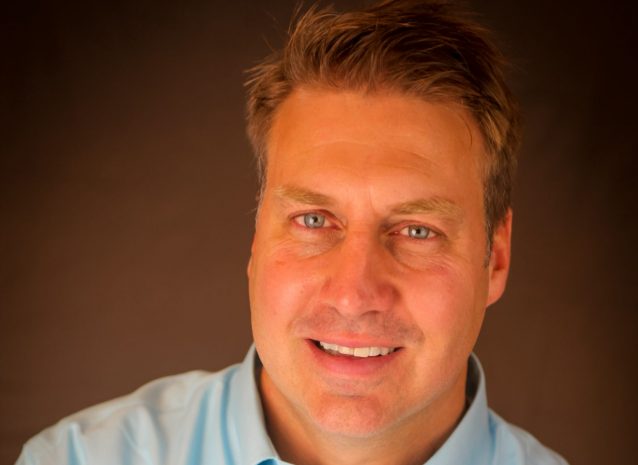 In Gary’s story, he shares about hitting rock bottom which led him to starting the business, Check Your Game.

In 1996, there was a significant moment that took place in my life. I came back from playing football during an off season in the CFL and I found myself in a miserable spot. Even though I had money for food, a nice car and place to live, I didn’t feel good about my life. I had for so many of the previous years spent so much time thinking about myself and thinking about football only. 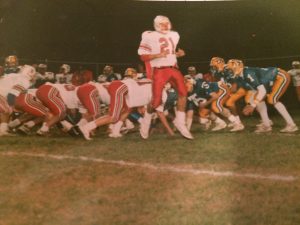 Here I am playing receiver in high school, but I Primarily played free safety on defense. 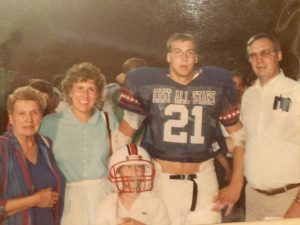 Senior year after finishing the East West All-Star game with grandma, Mom and Dad in pic. We won! 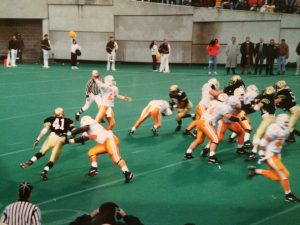 Senior year at Vanderbilt playing against UT. It was a close game but lost. 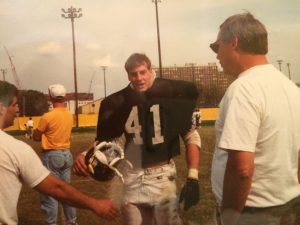 Looks like I finished Spring Ball as outside linebacker with Coach Elias to left and Dad to the right. 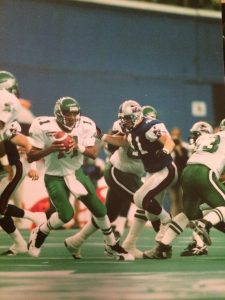 I spent half a season with Montreal. It looks like I wasn’t touched! 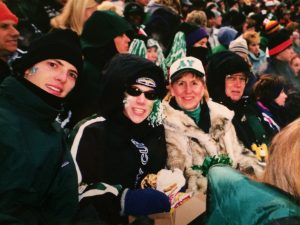 In Edmonton, Alberta with one of my best friends Ryan, then little brother Grady and Mom and Dad. It was cold this day playing in the Grey Cup.

It was during this time when I made a decision that would turn my life around. I was at an event in Cincinnati, Ohio where there were former NFL players and coaches that were talking about their faith and their lives and what they talked about not only touched my soul but also encouraged me to put God first in my life. I was finally able to open my eyes and really take a look at my life. It was as if I looked at myself in a mirror and was able to see the outside as well as the inside of my life. I examined my “game of life” and all that areas that were a part of it and wanted to change almost all of them. The decisions I made at that time were to treat others better, to take a Dale Carnegie course, buy a house fix it up and sell it, stay away from the party scene as well as continue to work hard in my job and make the football team.

Here is a pen I received from my Dale Carnegie course that year.

Though life wasn’t perfect during this time, I knew I was on a much better path and felt good about my changes. Later in that year while practicing with Saskatchewan Roughriders in the middle of the week, I had a moment where I was able to put it all together. I was playing outside linebacker on the left hand side and the offense was trying to draw us off sides in which they did for our entire defensive line except for myself. Not that I was better than any of them but I just remember standing there thinking to myself about what took place. I went down the line of defensive lineman and since I knew many of them personally I knew what things they were involved with etc. I realized that there were aspects of their life that were similar to mine previous to my changes. There were bad choices(not necessarily illegal) outside of their sport that they participated in. I then realized at this moment that choices outside of my sport actually affected my sport and I was able to stay on sides. I was focused. I wasn’t tired or thinking about things I should’ve or shouldn’t have done the night or weekend before. For the first time in my athletic career, I finally was truly giving 100%. The team didn’t stop practice, praise me, throw money at me, give me a car or anything else for that matter but deep down inside I was able to have contentment with who I was as a person and football player. So my Check Your Game story is this: I opened my eyes to see opportunity of improvement and I made the decision and took action to change. That is what Check Your Game is and the result of those actions brought peace in my life. Though I was 27 years old when I figured this whole 100% thing out, I was thankful because I was now able to encourage others. 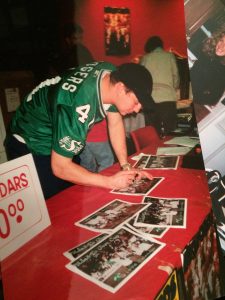 At the end of the year, our team played in the Grey Cup and I ended up putting together a calendar that I sold. Here I am signing a copy of “Road to Grey Cup ’97” 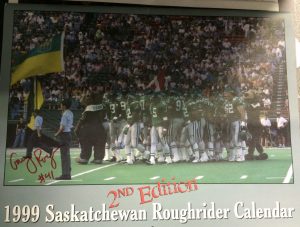 The following year, I created the 2nd. Edition Calendar that featured 12 players as well as their words on what Check Your Game meant to them.

If I could give advice to others who are playing sports, I'd tell them giving in to peer pressure isn't worth it. Our choices we make today sometimes affect us our entire lifetime and that I would make a decision to not only obey laws because that is what laws are for but also the partying scene is not a good one. It can take you down a path of no return. It only leads to stress, being tired, poor choices, anxiousness and not feeling good about yourself. So bottom line for those athletes dealing with this is to say NO to peer pressure! I
As far as advice for sports, I would recommend a few things. The first thing is something I did right, and that was to get in the best shape possible. I remember watching an old Walter Payton(played running back for the Chicago Bears) video of him running hills and that inspired me to do just that. It was an old sled riding hill that I used to run during the off season in high-school that would challenge the very best, and so I used that hill to be in the best shape possible. Later on in my career after college(because in college you are forced to be in great shape), I hired a trainer to push me physically and mentally while playing in the CFL. I would always come in for the season in great shape. I believe it's those athletes that are in the best shape that are able to make the plays on the field much more than those who aren't in shape. Of course you need other things to perform in sports but it all starts with a foundation of being in great shape. The other advice that I didn't do so well was to watch film. When you watch film of yourself in practice and/or in games, you learn so much from that and can improve yourself as an athlete. That also goes to watching film of your opponent. You are able to learn more about them so that when a play takes place, you don't have to think as hard and will be way more efficient.

Check Your Game uses the foundation of Biblical principles and peoples' stories and advice to encourage, celebrates and build confidence in others.

We're looking for any person of any age or background who wants to share their story of when they "examined their game of life" and made changes for the better!