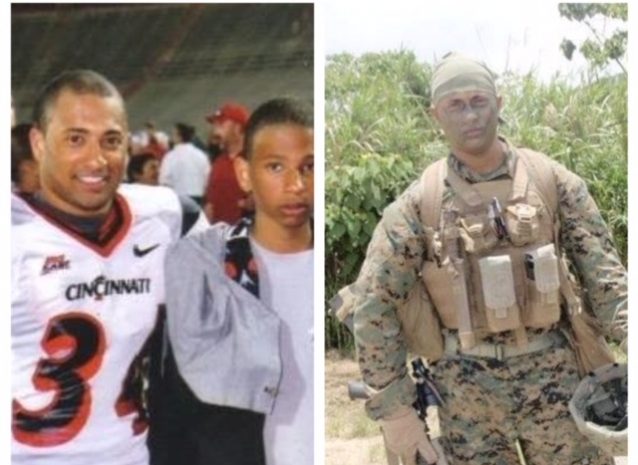 In John’s story, he shares how he didn’t let others tell him that he couldn’t achieve his dream of playing D1 football!

Topics: Believe In Yourself, College Athlete, Never Give Up, Preparation, University of Cincinnati

I wanted to play D1 so bad; the overwhelming drive consumed my every thought. I did whatever I could within my power to accomplish it. It was more than just playing D1 football for me, playing with the best of the best was justification in my eyes that I was good enough. We all have a competitive spirit, and in life, we all want to be great in whatever we do. Gary, you sent a message to me that was a positive one a long time ago when we were neighbors. There are two mentalities: they are either fueling or depleting you, and you were one of the guys fueling my dream. You were always so positive and never told me anything negative or to give up. It was like you knew exactly what I was trying to achieve. There was never any cheesy quotes or pep talks. We just trained and nothing more because that’s all it comes down to. If you want it bad enough, you don’t need outside motivation. True motivation comes from within when you want it bad enough. You would say, let’s go running today, or I would want to run routes, and we’d go, and do that. I jived with you so well. Even though I had friends and even family laugh and doubt me wanting to play D1, I had this undeniable sense of what I wanted to do and wouldn’t let anything stop it.
In High-School, I never really had the best opportunities to showcase myself, but I’m not going to make excuses for that. We all know the game you either get along or get lost. Lets not sugar coat it. So I just kept my head down and did what was asked of me. In the meantime, I always stayed positive and stayed hungry and did my very best with what was handed to me. So, you can understand how badly I wanted to play after High-School, I would go home and watch NFL films and be engrossed in it. I would manifest it all in my head and try to learn as much as I could. I would imagine myself in the game and on the stat sheet. I was that dedicated and was totally absorbed in the sport of football, and it was purely for the love of the game. I was drunk with passion to play at the next level.
High-School was over, and my grades weren’t the best so I had to enroll in Clermont College before I could attend UC. So, as I worked on my grades, I also joined the Men’s Crew Team. While still attending Clermont College, I found time to try to get a hold of Coach Dantonio (Head UC Football Coach) to find out about any workouts that UC might be holding. Unfortunately, I was never able to get ahold of him or any coach, but I kept coming back. Then I met Richard Carey from Personal Trainer’s World and I poured my heart out to him regarding wanting to work out to get into shape for D1 Football even though I couldn’t afford the costs of the workout. I don’t remember all the details, but I do know that Richard helped me be able to work out with his company for a few months to get me ready while either not charging me or it was very little. Richard went above and beyond just working me out. He also reached out to a friend of his who was a DB coach at UC and got me in touch with him. I learned I had to be a student on the main campus form what I remember one quarter to be eligible to participate in a varsity sport. So I left UC Clermont and enrolled at UC and as time passed, I was finally given a tryout date. Time to perform. We all ran 40’s, did some agility drills, vertical leaps and other football drills, and by the end of it, they made their decision. I made it! There were about 4 or 5 of us who made it. My dreams of playing D1 college ball was a reality. Though I never played in a game that year, I practiced with the team, dressed for home games and was a part of the D1 experience at the University of Cincinnati. The next year a new coach came in with a different agenda and we both agreed that it wasn’t a fit and so football was over. I was just a kid out of Camp D who had a dream to play D1 football which turned that into reality even if it were for only a year. In case you’re wondering, I also found out why I had made the team in the first place. The coach had told me that it was my determination and heart that made the difference that day. When I did drills, I went above and beyond. When running the 40, I’d run hard another 10 yards past the finish before slowing myself down. In other drills, though not necessarily the best or the fastest, I would do them as if my life were dependent on them, and because of this, I made the team. Though I never had the recognition in my sport in High-School and was doubted, I turned these negatives into motivation to prove to myself and others that I can do anything I set my heart in doing and this is my Check Your Game story.

I would say to not listen to any negative talk by others and who aren’t supportive of your dreams. Just like any relationship in life, learn fast how to cut negative people out of your life. Many people believe oh it's just a sport. It's not, its life it's your life live it.

Can you tell us a little bit about your service in the Marines?
After I got cut. Mid Senior year, I left College to serve in the Marines. I was with the 2nd Battalion 7th Marines and was an Infantry Mortarmen. We deployed on 2 MEU's (Marine Expeditionary Unit) to Southeast Asia and was an Infantry Mortarman section leader at this time. I served this country four years Honorably and would do it all again!

John, your story is amazing and even though I knew bits and parts of this story, I didn't realize how badly you wanted to play D1 football. Great job in persevering with your goal and accomplishing it. The picture you submitted really tells the story with your smile as if you were letting others know that YOU DID IT! All the determination, hard work, switching schools, asking a trainer to get you into shape were not all easy things to do but you figured out how to accomplish them all. I think this will be an encouragement to others who also have a goal like yours and aren't getting a lot of encouragement from others that they too can succeed. Lastly, but more importantly, I wanted to say thank-you for serving in the Armed Forces. It's something that I am more and more appreciative of as I get older to see how men and women have given such sacrifices for our country. Great job with your dedication to make the football team and to serve the USA! -Gary Rogers

Scroll down to section saying “Leave a comment” in order to encourage this individual.