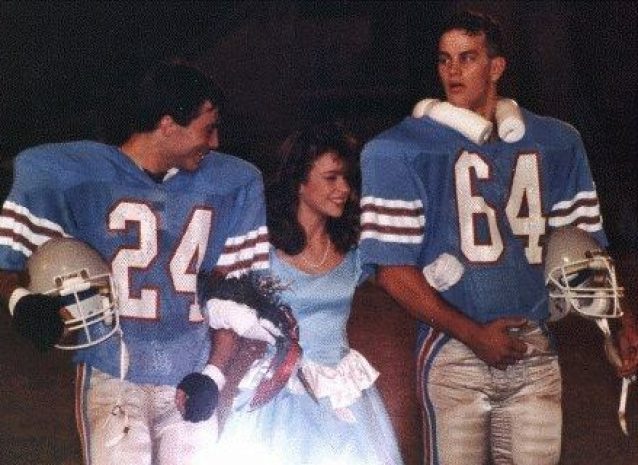 John’s story deals with many interesting things as an athlete from working hard in the weight room, to a kidney injury, to State Champs back to being undersized at the next level. He also shares about his best friend and how he wasn’t able to deal with his injury and so he ended his life with suicide. This story is an up and down roller coaster that ultimately has some great results.

From my story above, the advice I would give would be based off of what he told me after I started doubting my abilities. He would always say, “you know what to do man, just DO IT!”

John, you have been through a lot and I can imagine the good times and the tough times although your best friend from high-school isn't one of those things I can relate to but I know it would be tough! I remember you always talking about him during Vandy days almost like he was some sort of a god of sorts but let me tell you, you were a guy that maybe all of us didn't necessarily look up to at the time of your arrival at Vandy but by the end, we all did and looked at you like you did your best friend. You always were such a hard worker, lifting weights, getting into shape, eating all the time and doing what you could do to not only get on scholarship but also to be your very best. Playing 1 year professionally isn't easy let alone 12 years and that consistency is really amazing. Only a handful of guys and girls are able to perform a feat like that so congrats on that. Thank-you also for sharing about your friend at Arkansas and the transparency of that relationship and all that took place. I know that you would love to be able to come along side anyone that might have a similar story and help others so that they would take another road and I think that's why you not only are helping people with your work as a Dr. in Chiropractic but also are diving into health, nutrition and some of the issues related to concussions and head related trauma that people face today. Again, thanks for your candid story and I hope others will be able to learn from you as well. -Gary Rogers