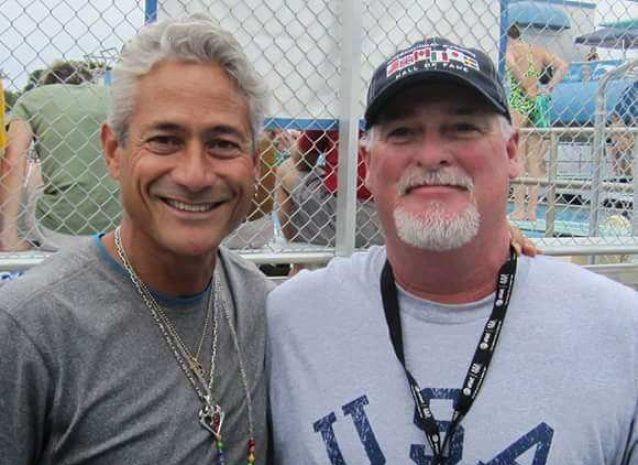 In Ray’s story, he talks about a time when he lost his keys and missed work. Learn more about how this situation finally motivated him to stop a bad habit that was destroying his life slowly.

Topics: Alcohol, Coach, IHHS, Never Give Up, The Right Path

I remember as a very young boy climbing down the ladder to the bottom of the new neighborhood pool that was being built. Peering down at the deep end I could see the workers pouring the concrete for the dive well. My parents and older siblings were all excited that it wouldn’t be long before they were all swimming and jumping off the low and high boards.

When that time finally arrived, my mother would teach me how to swim in the shallow end by letting go of me while she did the back crawl. It forced me to try to get back in her arms any way I could. Over time I learned to swim. While I was learning, I remember watching my siblings jumping and diving off the high board. It looked like so much fun! In time, the day came when it was my turn to make the big jump off the high board and what a thrill it was!

Fast forward a few years, along with good coaching from the older divers, I was winning my age group in competitions. That’s how it was throughout my summer club career which also led me to be the teams coach my junior and senior years in high school. I continued coaching in college as the swim coach’s diving assistant to help teach the others as we had no dive coach. I also taught private lessons there on the weekends.
I had a bright future in diving, but like many kids who grew up in the sixties and seventies, the “party lifestyle” of drinking and illicit drugs crept into my life. During my late high school and college days it seemed to play more of a prominent role in my life. My interest in diving and school slowly came to an end. Alcohol had grabbed a hold of me, and my life seemed to meander throughout the next ten years.

One day after I woke up after a hard night of drinking, I realized that I lost my car keys and had to miss work. Maybe that was a good thing, but I had enough! Enough of all the misery that alcohol had caused me over the many years. I decided at this moment, no more! That’s it!
At that time I’d been working for the Indian Hill school district for three years in the maintenance & janitorial services department. I quit drinking in the spring of “87”. In the spring of “88” I was talking with the athletic director and asked if they had a diving team. She said yes, and asked me if I was interested in coaching the team. My reply was a gleeful, YES!

Well in the fall of “88” it came to be. Day one of practice was a thrill. Diving! Being around the kids again doing something that I grew up with and the one thing that I really loved. That first year I was fortunate to have a diver on the team made it to the state meet. She did well as she finished as the state runner up. I knew after that first season that I was back where I belonged. 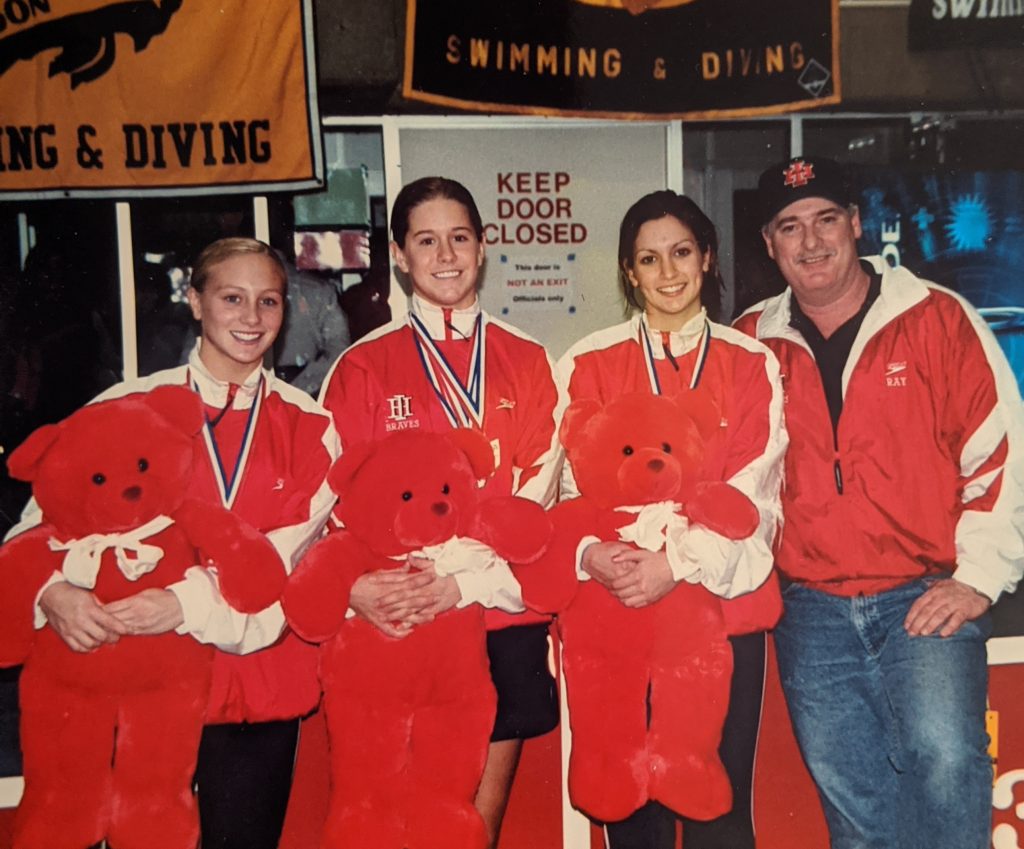 Now, I’m 62 years of age (10/2019) and six years retired from the Indian Hill School maintenance department. I’ve been coaching for many years now and I’m not sure how many more years I have left in me, but what a ride I’ve had. Sixteen seasons with Indian Hill on my first tour of duty and another six years so far on my second. During my years at Indian Hill, I was fortunate enough to have great divers come through the program who went on to win 6 State Championships, 6 State Runner-Up’s, and many top ten finisher’s. 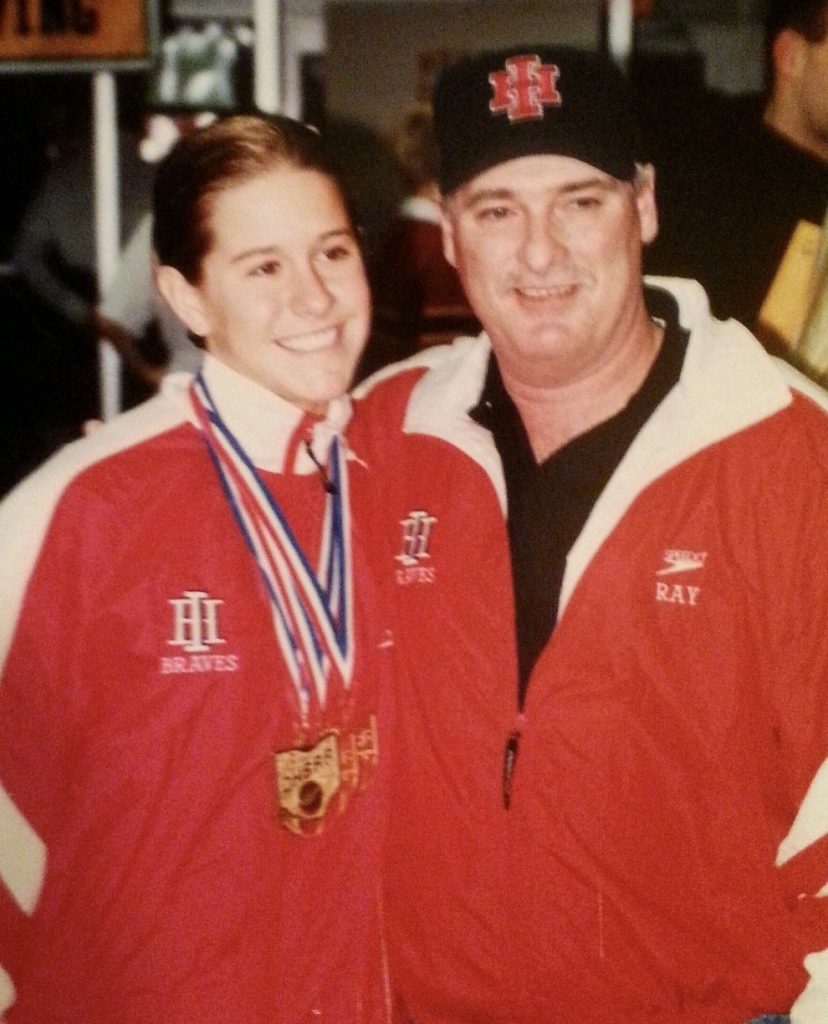 During my coaching career, I have also coached a few other high schools in the Cincinnati area. I have operated my own dive club and now coaching with another. I’ve traveled the country for elite diving competitions and met and talked with past, present and future Olympic champions from all over the world as well as the greatest coaches the sport has ever had. And most of all, I got to coach some of the best young people that this country has to offer. Most of them were from Indian Hill. 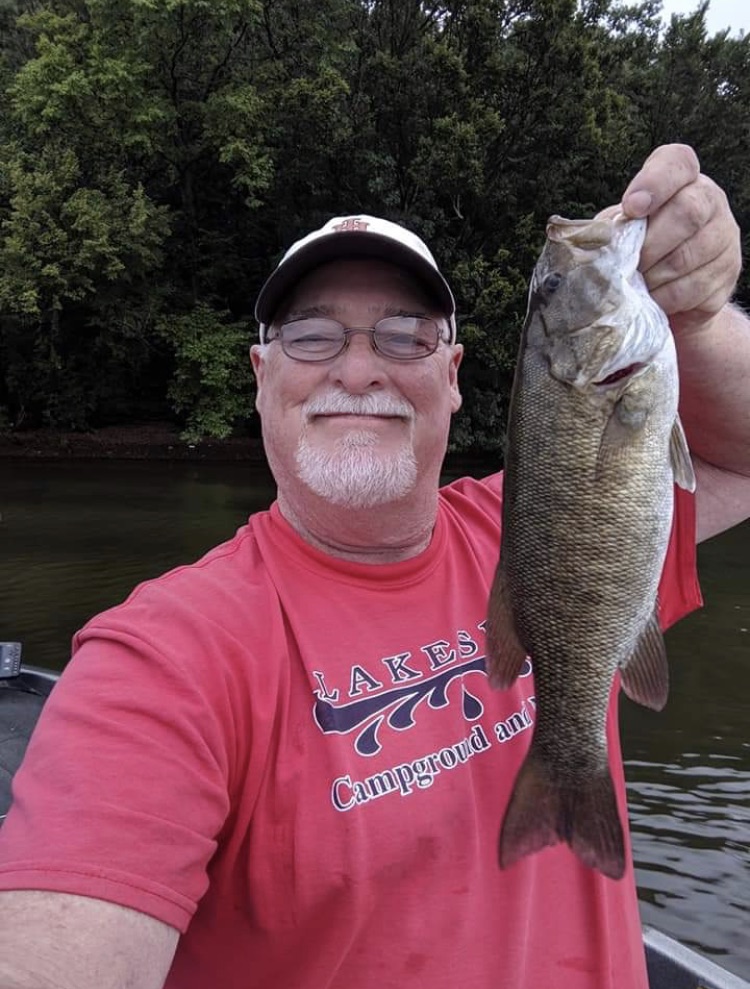 I love to fish by the way!

Life will be good to you if you lead a good life!

I lived my life to the fullest. It's had it's twists and turns and ups and downs, but the best decision I ever made in my life was the one I made back in the spring of "87". I can only speak for myself about what I had to do to make my life better by breaking away from something that was controlling me and was leading me nowhere. I firmly believe if you are fed up with something that is interfering with you leading a good life, making that decision to stop whatever issue it is you're dealing with, won't be hard to do.

Ray, I just wanted to thank you first of all for sharing your story. It is an amazing story and I'm so thankful that you were humble and transparent enough to share. I know there are many others who might be able to relate whether it be an addiction to alcohol, a drug or even an addiction to work! You finally were fed up with where alcohol was leading you and you did something about it. This is exactly what Check Your Game is about. You examined your game of life, didn't like what you saw and decided to take action and get rid of something in your life that you said was destroying you. I'm humbled that you would share on my site and so excited to be able to encourage kids and adults who may need to hear it from you. Thanks again and looking forward one day to seeing if you'd like to get on a podcast of mine to share some diving stories....especially after seeing the picture of you and Greg Louganis! Thanks Gary Rogers

Ray, I am fortunate to know you because of diving. You were my two kids’ first coach. I had coached diving and it was hard to turn my kids over to someone besides myself. But I found someone who cared, who was passionate, and who allowed my kids to grow to love a sport that I have loved for a long time. If it werent for your battle with alcohol and such, maybe our paths would have never crossed. Maybe, just maybe, the alcohol was God’s way to get you back to share your love with others. I know it sounds crazy but some of the darkest times in our lives lead to the most amazing outcomes. Our friendship has grown over the years and I consider you a friend. To share this story is amazing. Some people are embarrassed or dont want to face riddicule. But strong people share their stories so others can possibly avoid the same pitfalls. Ray, I will always look up to you as a coach and I will always cherish our friendship. Keep doing what your doing because you are good for the sport that I love.

Ray, I remember what a great diver you were! So happy you were able to find your way back and help others to be all they can be.

So happy that you found a life doing what you so deeply enjoy/love. Enjoyed your story!

Ray is a good man with a loving and caring heart!

Ray I’m so proud of you and so happy for you. Experiences, hard work and dedication make for a happy life.