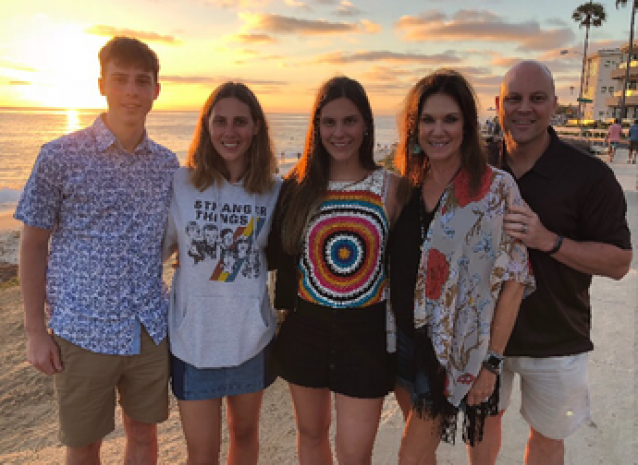 Scott shares his story about being humbled at the next level in College basketball. Through it all, he is able to get his Master’s Degree after making the decision to be red-shirted all while having a great College career.

“Things turn out best for those who make the best of the way things turn out.” This quote by UCLA’s legendary Johnny Wooden is as timely today as it was when I first read this quote back in high school. Specifically, my “Check Your Game” moment occurred shortly after first arriving on Vanderbilt’s campus. The adjustment from high school basketball to college basketball in the SEC was as big as any adjustment I have ever encountered in life (to this day, I have never done anything in life as physically and emotionally demanding as playing basketball at Vanderbilt in the SEC). In fact, being married and raising three kids is proving to be an easier task. The ability to have success on the basketball court didn’t come as easily (or as early) as I anticipated. I quickly realized I was surrounded by players with as much, or perhaps even more, talent as I had. Adversity met me at every turn. I was struggling on the court; I was homesick; I even contemplated transferring to another school (which would have been a terrible mistake).
Basketball was my identity; it was what I knew and loved, but I was failing. I needed to change, to adjust, to listen- realizing that running away from adversity doesn’t change anything. So, I decided to red-shirt a year. Wow- what a tough year- all practice, no games, no glory, no fun. I had to swallow my pride. I learned patience, and that there is value in adversity. Coincidently, the red-shirt year proved to be one of the smartest moves I made in life (although it was hard to see that at the time). It provided me the opportunity to start for an additional two years on Vanderbilt’s basketball team, while giving me the opportunity to earn a coveted master’s degree, in addition to an undergraduate degree, in the process.

If life doesn’t always go your way, or if you don’t achieve something as quickly as you want, it’s ok. You learn. You grow. You mature. Past failures often sweetens future successes. Sometimes you need to put yourself in position to “make the best of things” in order to achieve a specific desired outcome, even though the gratification is delayed. Certainly, this experience is applicable to nearly anything in life. Keep your faith; keep your focus. My entire college basketball experience was exhausting but exhilarating- I wouldn’t have it any other way.

Scott, thank-you for being humble enough to share with me about the struggles you were dealing with as you entered College. I too had similar struggles. In fact, many athlete's are big shots at our High-Schools (your coach in High-School, Coach Shields said you were the very best basketball player he coached in 39 years) only to realize that the Collegiate experience is going to be a wake up call. You were a great athlete Scott and I wish I could say that, that is what I admire most (more accolades that I never mentioned), but it isn't! What I admire most is that you actually took the time to examine yourself in a more in depth manner and realized you needed a change and asked for that change which you ultimately got. Check Your Game isn't just being aware of what's going on in your life, but it's also about taking action and doing something about it. You did! I'm sure being a Red Shirt wasn't most desirable, but it was the path you thought was necessary for a better future. I'm sure there are other athletes that may be in your same situation that can get encouragement from what you had to deal with. Oh, and by the way, the results of your decision was great! Not only were you averaging around 15 points per game in those final two years, shooting almost 90% from the free throw line and scoring 1,466 points as the Commodores’ leading scorer in those two seasons, but you also were able to get your Master's Degree too! Thanks again for sharing and allowing me to use your story to help others as they are looking for advice and encouragement in their situation. -Gary Rogers